Australian players were found to have tampered with the ball in their clash against South Africa over the weekend.

Maia Lewis says, "To me it's desperate.  It's like a 'win at all costs' sort of thing".

Australia Captains Steve Smith and Dave Warner, who allegedly devised the plan, were stood down from their roles.

Smith was handed a one match ban, while Bancroft was fined 75% of his match fees.  Lewis says it's a bad look for Australian cricket.

"It's more of a bearing on the country that's involved.  But I think a lot of people can see in general common sense that it's not in the spirit of the game," says Lewis.

It's not the first time international players have been caught ball tampering or cheating.

The most recent case was in 2016 when South Africa's Francois Du Plessis was caught rubbing lolly residue on the ball.

"We don't see that in women's cricket- hardly at all- but it has had a history in men's cricket as well, so it's not obviously the first time something like this has happened.  But to what extent we don't know," says Lewis.

Despite the penalties imposed on Australian players, unsatisfied cricket fans took to social media calling the slap on the hand "white privilege" sighting harsher consequences imposed on non-white athletes by the ICC.

One Twitter user posted: "White Privilege: 18-year-old Mohd Amir banned for 5 years after he was found guilty of bowling deliberate no-balls to throw a match.  28-year-old Steve Smith banned for 1 match after he admitted to making and implementing a plan to tamper with the ball to win a test match".

Lewis says, "If they see that there's a penalty- not sure if people will agree in terms of the severity- but again that's out of our decision, that's ICC's decision".

The former White Fern captain says the scandal has taken away from sporting achievements on the cricket field this week. 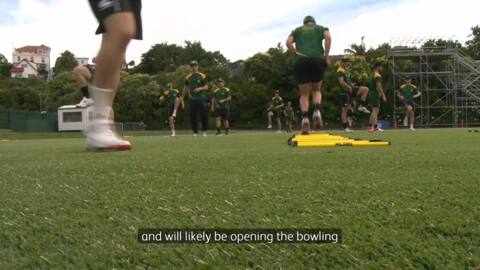