Now that all the formalities are done and dusted, Dan 'The Hangman' Hooker is only moments away from his first fight of 2021 against debuting Bellator champ, Michael Chandler.

The Lightweight fight is the co-main event at UFC 257, alongside Dustin Poirier and 'The Notorious' Conor McGregor at fight Island in Abu Dhabi in the United Arab Emirates.

During his press conference, Hooker said other fighters had been afraid to step into the ring with Chandler.

"The only reason I'm here is because everyone ahead of me turned the fight down. They didn't wanna take the risk. I'm here, I'm taking the risk, that means I can reap the reward."

Despite not knowing too much about Chandler's body of work, Hooker is confident he can use his height and long limbs to his advantage.

"He's a very short American wrestler, he's gonna try take me down. I feel like I'm a long rangy guy, it's difficult to put me on my back." 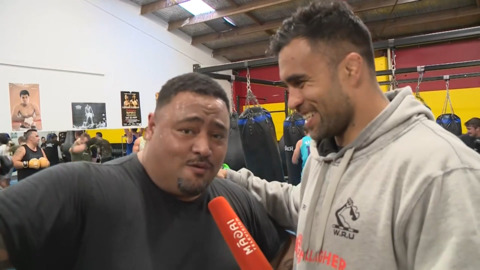 It's all fun and games until an All Black trains you