The latest Child Poverty Monitor released today by the Office of the Children’s Commissioner reveals that one in five children under the age of 15 experience moderate-to-severe food insecurity.

"Welfare benefits have fallen far below the costs of living and housing, and are nowhere near able to provide the kind of income adequacy that families with children need for their basic needs and to be able to thrive," says Hogan.

"Families in need of welfare support should be able to maintain their basic rights according to the Universal Declaration of Human Rights, and by no means should their lack of wealth impact on these. Social Security in Aotearoa should be underscored by an intention to ensure that all citizens have access to their basic rights."

Hogan adds,  "So far we are seeing children and whānau living on low incomes essentially being deprived of their rights, such as to adequate food, housing and good health,"

"Many families with children will be living in homeless shelters this Christmas, and in their foreseeable future they won’t have a home. The social housing register for those needing a home has reached nearly 10,000 households - and for most of those, the need is urgent. State housing supply has simply not kept up with the increasing level of need.

The 2018 Child Poverty Monitor reports that children (under the age of 15) living in the lowest income households are twice as likely to be hospitalised for medical conditions than those on the highest of incomes, with Māori and Pasifika children represented most highly in the hospitalisation rates.

Children living in neighbourhoods with the highest deprivation had a mortality rate four times higher than children in well-off neighbourhoods.

CPAG says these health outcomes are appalling for a high-income country such as Aotearoa where resources are plentiful, and should be shared better.

"In New Zealand, our economy should enable all children to flourish," says Professor Asher.

"But we are looking ahead to better days, with recent improvements such as health costs for those with community services cards now drastically reduced, and with the zero-fees scheme for primary health-care extended to 13-year-olds.

"There is still much to be done. 14-17 year olds need free primary health care. Food security is paramount for children’s health needs and we remain concerned that many families with children supported by welfare benefits miss out on a critical $72.50 per week that is given to other low-to-middle income families, a payment that could make all their difference for their lives. An additional $72.50 could provide them the nutrients they need to fight off common illnesses in the colder months, and better health all round.

"Currently more than 40,000 children are hospitalised every year with potentially preventable illnesses that have a social gradient, and improving family incomes is a vital response to ensuring that children grow up strong and healthy," says Professor Asher.

Frank Hogan says that the Child Poverty Reduction Bill provides a good overarching piece of legislation to hold this and future Governments accountable for setting targets for reducing hardship, and to measure and track progress over time.

"But it’s critical to set out the levers for long-term and sustained change, and urgently implement the policies required to achieve the goals," says Mr Hogan.

"Children’s lives are too precious to be wasted waiting, and we need to see evidence-informed policies that provide all children the chance to have good outcomes, across all areas of their lives." 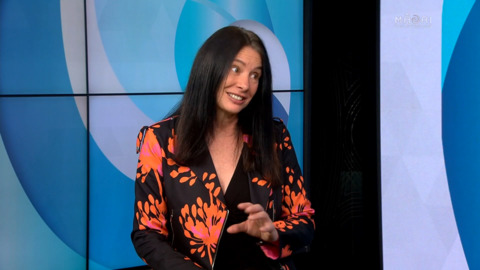