Māori leader to sue the government over climate inaction

Smith says he is filing proceedings in the High Court over the governments inaction on the issue.

He says, "There's a battle afoot ... we've got to treat this like a world war.  We've got to mobilise our people at the same level as we would if this was a world war and I just don't see that happening.  Our government just needs to get moving, all of us do, we've all got to get moving."

"I feel a sense of responsibility for our mokopuna, for our children, I'm taking these court proceeding as a private individual but it's on behalf of generations to come as well."

"If I was to draw a picture it would be you'd have resilient Māori communities that have water security, food security and energy security.  [We'd be] rolling up to our marae in our electric vehicles and plugging them into the roof.

"Gone are the days we're spending hundreds of dollars going to tangi, we'd actually go to tangi for free.  Charge our cars off our whare tupuna roofs and we drive away home again.  That would be good for our culture, for our community, it be good for us as Māori," says Smith.

Smith is seeking a declaration that the Crown will be in breach of duties owed to Māori unless it reduces total greenhouse gases.

"Us as a people we're not so orientated towards selfishness and greed as the western consumer society. We're collective people. We feel responsible for each other. We feel the obligation to tohatoha kai ki a tātou - we're giving people. So we need to stick to our own values, our traditional values they will see us through this." says Smith.

Smith wants to see that New Zealand has halved its greenhouse gases by 2030 and to zero by 2050. Disallowed late voters in 2017 could have upset many electorate results 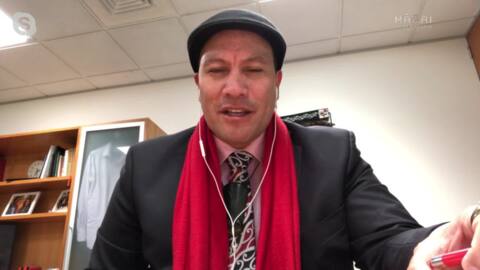