Two kōhanga reo, a Grey Lynn whare inspired by outer space and a sculptural shelter celebrating the connection between tangata whenua and te moana are among the works celebrated at the Te Kāhui Whaihanga New Zealand Institute of Architects 2021 Local Awards.

This is the first year in which two kōhanga reo have won architecture awards. Winning in the education category of the Canterbury Branch awards, Te Hohepa Kōhanga Reo in Phillipstown, Ōtautahi, by Bull O'Sullivan Architecture, replaces a cold, old classroom, which had been in use for three decades. Started in a shed

“When we started 40 years ago, our kōhanga started in a shed out the back, a garage, a school, a hall, rugby rooms, butcher shops, anywhere that our people could find a place,” Te Kōhanga Reo district manager Kerry Jones said.

He thanked, architect Michael O'Sullivan: “Forty years later we’ve got Ngā Pihi o te Purapura Pai. There are just no words… mihi atu ki a Michael … for his courage, his patience and his determination to give the mokopuna what they deserve.”

Across the Waitematā, TOA Architects' Tuarangi Whare won a housing award for its clever use of a small Grey Lynn site to create an exciting and sustainably constructed family home. In designing the home, TOA Architects founder Nicholas Dalton drew from the context of the whenua and its whakapapa, as well as the whakapapa of the client.

The design also draws from the volcanic past of Tāmaki Makaurau, the client’s connection with Maungakiekie, and the name Tuarangi, which means outer space. In Silo Park, Te Nukuao by Beca Architects, artist Tessa Harris (Ngāi Tai ki Tāmaki) and LandLAB in association establish a cultural marker that recognises and represents the mana that tangata whenua hold over the whenua and moana of Tamaki Makaurau.

The sculptural shelter won a prize for small project architecture.

“Harris’ exploration of raranga is a celebration of traditional weaving techniques that pass on mātauranga Māori, resulting in an inspiring handwoven panel. To weave through this urban space is to also be part of the history of reclamation, while below, the underwater caverns that used to exist are acknowledged in this urban shelter,” the jury said of the award-winning project.

“Formally Te Nukuao explores three waka hourua sails but the space it creates is about journeys, both past and present.” And in Ōtautahi, MAP Architects’ Huia Reriti won a housing category award for Rugby Street House, and was shortlisted for Maple Courtyard House. In the Enduring Architecture category, buildings designed by two of the country’s most celebrated Māori architects - Rewi Thompson and John Scott - were awarded. The category celebrates buildings 25 years or older that have stood the test of time, and awards went to Scott’s Te Rau O Te Aroha Māori Battalion Hall (1964) in Palmerston North and to Pūkenga at Unitec (1993) by Thompson and Southcombe McClean & Co. 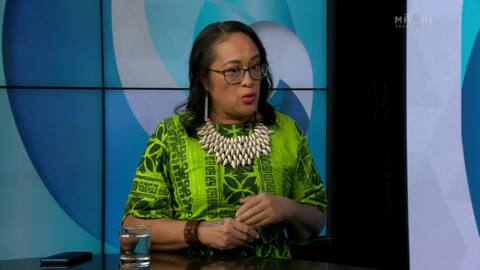