Worried about vaccine administration errors? You shouldn't be Ever forgotten when you took your last panadol, and accidentally doubled up?

As with any medical procedure, giving medication - including vaccinations - is at risk from human error. That could be anything from giving the incorrect dosage, getting the timing wrong, mixing up drugs due to similar packaging or names, fridge problems or even giving a drug to the wrong person.

But while people are fallible, systems should be set up to reduce any risk of mistakes. That usually means pre-vaccination checklists similar to a pilot’s pre-flight checks.

The Immunisation Advisory Centre (IMAC) says there are robust checks throughout the preparation and administration of vaccines. They include having a second person check the vaccinations and regular checks of expiry dates and fridge temperatures.

It was during one of those audits, at the end of a day’s vaccinating, that Auckland’s Highbrook vaccination centre discovered they had one extra vial of vaccine left over.

There are several reasons something like this might happen. The fact is, we just don't know the cause yet.

One possibility is that, for some vials, six doses were able to be extracted, instead of the five that are usual for the syringe and needle combination they were using. In that case, no-one would have missed out on a vaccine dose.

Another possibility is that the preparation process went wrong. Before use, the concentrated Covid-19 Pfizer vaccine has to be diluted. A syringe of 1.8 ml of saline is added to the multi-dose vaccine vial.

The vial is then mixed and the vaccine doses are drawn up into syringes for injection.

It’s possible that a vial with some residual mixed vaccine was mistaken for a new (but opened) vaccine vial and more diluting saline was added. That would mean five people could have received a dose of mostly saline instead of vaccine.

The risk in this case is not from the saline injections themselves, as saline is a component of the normal vaccine dose. The risk is from the fact that five people who think they have been properly vaccinated have not.

While mistakes do still happen, the processes could have been better in this case. Because the dose numbers were not audited until the end of the day, the centre was unable to easily identify which five of the 732 people might have been affected.

Director-General of Health Ashley Bloomfield said the Highbrook incident had resulted in immediate process changes, including more frequent checking and reconciliation of vials, rather than leaving this to the end of the day.

And only one vial at a time is now taken into the place for drawing up.

Any incidents or near misses should be reported to IMAC, who review what happened and share any lessons to prevent a repeat. 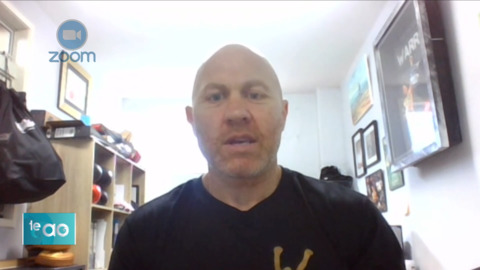 Shane Cameron thanks lockdown for launch of new app